On March 3, 2020, Elaine Suyu Liu, Director of Loftyart Gallery, will present a guided tour (in Mandarin) on the To The Moon – Liu Kuo-sung Exhibition in rooms 201 – 203 at the Kaohsiung Museum of Fine Arts.

Liu Kuo-sung (Liu Guosong) has a seal bearing the inscription “A Man of the East, West, South and North” that accurately reflects his career. Internationally recognized and collected by over a hundred museums worldwide, Liu Kuo-sung is at the forefront of Modern Chinese Art. 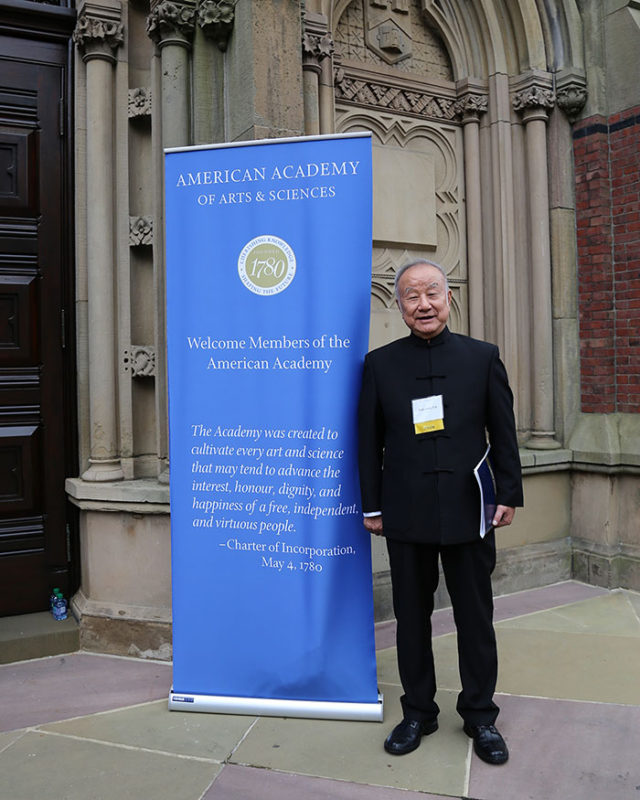 Honor
Liu Kuo-sung
On October 8, 2016, the Father of Modern Ink Painting, Liu Kuo-sung was induced as a foreign honorary member of American Academy of Arts and Sciences.
Liu Kuo-sung at Harvard University, 2016. Photo: Courtesy of The Liu Kuo-sung Archives